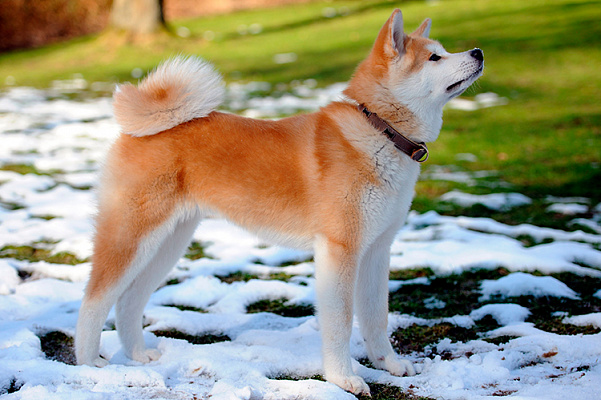 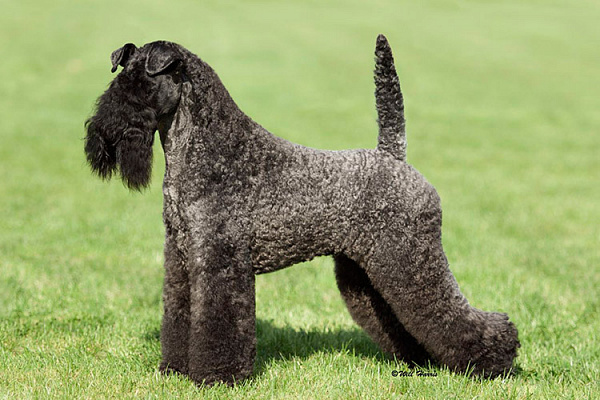 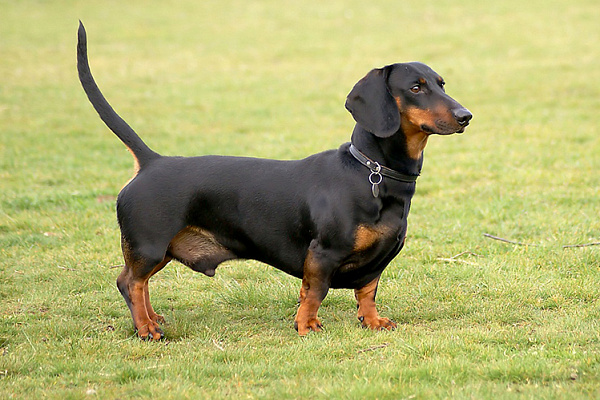 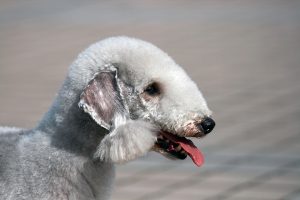 Adorable dogs that look like sheep.
Appearance
The Bedlington Terrier is a small, graceful dog of strong build. Standard height at withers is 40-41 cm. Weight varies between 8 – 10.5 kg.
The body of the dog is elongated, flexible, with well-developed musculature. The limbs are long (hind legs longer than the front), the paws are compact. The chest is wide, deep. The back and loin are convex. Neck slender, long, without dewlap. The head is wedge-shaped, the skull is convex from above. The upper part of the head is covered with thick hair, which together with the unusual structure of the head gives the dog a resemblance to a sheep. The eyes of the terrier are small, triangular, color: from hazel to hazel, depending on color. Nose black (with blue color) or brown (with sand and red-brown color). Ears of medium size, drooping, set low and pressed to cheekbones. On the tips of the ears – white tassels. The tail is of medium length, set low, thick at the base and tapering towards the tip. Does not rise above the back line.
The bedlington terrier wool is very soft, thick and silky. Can curl, especially on the head. Colors: blue, sand or reddish brown. Scorched marks are allowed.
Bedlington terrier
Character
In the bedlington terrier has a soft appearance, but his temper is difficult to call sheep. This self-confident and courageous dog, if necessary, will firmly defend its rights and fearlessly defend its owners.
Bedlington terriers are incredibly responsive. They will not hesitate to respond to attention and care with deep affection and sincere love. With children, “sheep” get on well and often become their best friends. But in relation to other dogs, terriers are often indifferent – two-legged friends prefer them!
These unusual dogs are easy-going, love energetic games and perfectly amenable to training. However, it is likely that in the latter the owner will have to show perseverance and endurance. In general, the bedlington terriers are very funny, active and friendly pets. These are natural, human-centered companions.
Breed is ideal for families who prefer an active lifestyle.
Health
The bedlington terrier is a healthy and strong dog. However, it is possible to identify the tendency of the breed to problems with the kidneys and liver, thyroiditis and cataracts. It is very important to acquire a puppy from a responsible, trusted breeder who closely follows the breeding line. This will reduce the risk of hereditary diseases. Regular monitoring of the health of the dog will allow to maintain its excellent state of health for a long time.
The average life expectancy of a bedlington terrier is 15 years.
Peculiarities of care
In keeping and caring these pets are unpretentious. They feel great in terms of housing maintenance, but daily active walks are mandatory for them. Fun and energetic, the terriers need mobile games, during which they can throw out energy and be smart.
Endowed with a lively temperament, the bedlington terriers will be happy to spend as much time with their loved ones as possible. These are not pets that easily endure loneliness.
As for the care of wool, terrier enough to comb once a week. Approximately 2-3 times a year, the dog is recommended to take to the haircut.
Bedlington terrier
Story
In unusual dogs is very long and interesting. The ancestors of the bedlington terriers inhabited villages near Northumberland (United Kingdom) as early as the 13th century. The “sheep dogs” were often met in the English city of Bedlington, in whose honor the breed was named.
It is believed that the breed originated from the Whippet, otter dogs and dandy-dinmont terriers.
What function did the “sheep dogs” perform in those times? Pets with amazing appearance were not only the decoration of the courtyards, but also skilled hunters. Terriers used to go on foxes and other animals, and later these dogs proved to be the most talented rat catchers. Nowadays, terriers are established as companions for exhibition activities and participation in various sporting events.
The English Kennel Club recognized the breed in 1873. Today it is one of the most original dog breeds in the world. 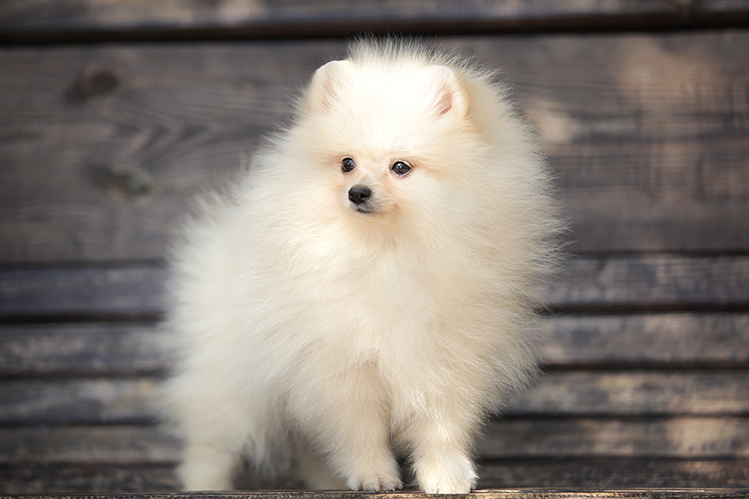 Labrador retrieverLabradors are literally flawless. These are incredibly intelligent, peace-loving, cheerful and agile dogs that will easily make even the most avid pessimist smile and bring an unrivaled atmosphere of warmth…